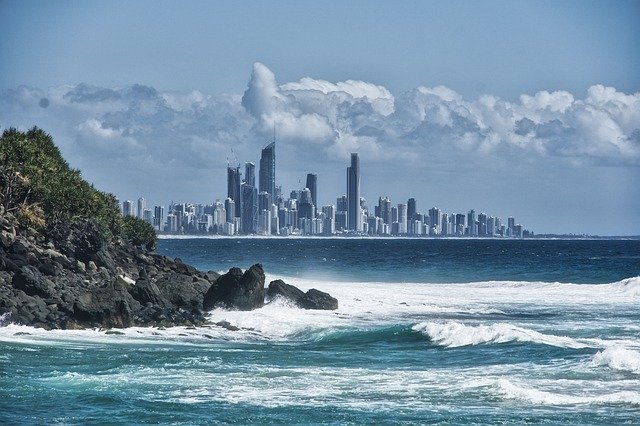 As a Socially Responsible Investment firm, Hansen’s has long beaten the drum on environmental sustainability and corporate social governance. I have personally worked on the fossil fuel divestment movement as a volunteer with the Divest NY campaign and through the Sustainable Economies Alliance. I have done everything I can to educate people and to provide options for people to divest and to invest according to their values and to leverage their shares to advocate for environmental sustainability. But the truth is, it’s bigger than even that. It’s bigger than all of us.

Climate change is here, and we’re seeing the effects every day. We’re seeing it in our 65-degree temperatures in Central New York this past weekend. We’re seeing it in the lack of snow and the increase in flooding in our region. We’re seeing it in Australia as we watch large swaths of their country burn to the ground. This isn’t a problem for the future. It is our problem, right here and right now.

Traditional money managers have long ignored the qualitative analysis that Socially Responsible money managers integrate into their financial analysis. Frankly, it is irresponsible for any financial institution to continue ignoring how climate change is impacting the planet we live on, the effect it is having on capital markets, and the climate risk that exists inside of their portfolios. It is long past overdue that they acknowledge it and that they make broad changes to address.

We’re not immune just because we’re considering Environmental, Social, Governance scores in our portfolio analysis. Climate change and its effect on municipalities and corporations around the world will have an impact on financial markets that at this point no one can predict. We evaluate climate risk in our portfolios, and we leverage the shares that we own to try to mitigate those risks even further through shareholder advocacy, but it isn’t enough if we’re doing it alone.

Yesterday, Larry Fink, the C.E.O. of BlackRock, the largest institutional money manager on the planet, wrote a tremendously powerful letter acknowledging climate change and the inevitable impact that it will have on the companies inside of its portfolios and on financial markets as a whole. The New York Times broke the story, and you can read Larry’s letter here. I implore you to read it in full. Attempting to pull quotes from the letter proved nearly impossible because it is so profound.

“As a fiduciary, our responsibility is to help clients navigate this transition. Our investment conviction is that sustainability- and climate-integrated portfolios can provide better risk-adjusted returns to investors. And with the impact of sustainability on investment returns increasing, we believe that sustainable investing is the strongest foundation for client portfolios going forward.”

“Over time, companies and countries that do not respond to stakeholders and address sustainability risks will encounter growing skepticism from the markets, and in turn, a higher cost of capital. Companies and countries that champion transparency and demonstrate their responsiveness to stakeholders, by contrast, will attract investment more effectively, including higher-quality, more patient capital.”

The fact that Larry Fink is touting the importance of shareholder advocacy on companies, and on the critical importance that companies listen to and participate in and embrace transparency, is something I never thought I would see. Blackrock has historically voted with the board of all of its companies and has never embraced shareholder advocacy! This is huge.

Another one… and this one blows my mind;

“Investors are increasingly reckoning with these questions and recognizing that climate risk is investment risk. Indeed, climate change is almost invariably the top issue that clients around the world raise with BlackRock. From Europe to Australia, South America to China, Florida to Oregon, investors are asking how they should modify their portfolios. They are seeking to understand both the physical risks associated with climate change as well as the ways that climate policy will impact prices, costs, and demand across the entire economy.”

When I became a financial advisor, something was missing. I needed my work to mean something, and traditional financial planning was just missing something. When I discovered SRI and ESG and shareholder advocacy and fossil fuel divestment, all of the lightbulbs went off, and I never looked back. I do what I do because it means something. The way we invest money means something. It has an impact.

We need to change the way we think about investing on this planet. It’s not just about financial returns anymore or investing in a Socially Responsible portfolio that meets your values. It’s about recognizing a very hard truth; that our economic systems are being threatened by climate change, and by companies that are perpetuating it. It is about recognizing the fact that we’re already dealing with these issues, and they are already having an impact on our financial markets.

Larry makes the financial case over and over again in his letter… “These questions are driving a profound reassessment of risk and asset values. And because capital markets pull future risk forward, we will see changes in capital allocation more quickly than we see changes to the climate itself. In the near future – and sooner than most anticipate – there will be a significant reallocation of capital.”

According to the New York Times, “Had Mr. Fink moved a decade ago to pull BlackRock’s funds out of companies that contribute to climate change, his clients would have been well served. In the past 10 years, through Friday, companies in the S&P 500 energy sector had gained just 2 percent in total. In the same period, the broader S&P 500 nearly tripled.”

But the fact of the matter is, returns aside, we cannot continue to allow for-profit companies to destroy our planet.

Divest from fossil fuel companies. Divest from for-profit banks that finance pipelines. Invest in companies that are working to solve the climate crisis, instead of ones that are perpetuating it. Leverage your shares and engage with the companies that you do own and ask how they are addressing sustainability and how they plan to get off fossil fuels. Tell your friends and family and colleagues that they need to be changing how they think about investing. Ask your elected officials how they’re going to address climate risk as a municipality, and send them Larry Fink’s letter when you do, and quote, “Will cities, for example, be able to afford their infrastructure needs as climate risk reshapes the market for municipal bonds?”

BlackRock woke up. It’s time everyone else did. Otherwise, we won’t have a future to save for.